The ACORN 8 and the USDA Coalition of Minority Employees will co-host this year’s Whistleblower Summit—Civil & Human Rights Conference in Washington, DC. Over the last six years members from the Make it Safe Coalition (MISC) have arranged an assembly of whistleblowers in Washington, DC each year for an annual conference originally known as Washington Whistleblower’s Week. As usual the MISC and the media are always invited, but we are proud to announce that MSNBC Host Dylan Ratigan has agreed to participate and that Free Speech TV (FSTV) and the PACIFICA Radio Network have committed to broadcast the historic event this year.

The MISC is as assortment of various public interest/advocacy groups including the Government Accountability Project, the International Association of Whistleblowers, the American Federation of Government Employees, Federal Law Enforcement Officers Association, the Project On Government Oversight, the No FEAR Coalition, the Union of Concerned Scientists, the United Food and Commercial Workers International Union, Voices for Corporate Responsibility, and International Brotherhood of Teamsters; which focus on significant areas of public concern and individual rights, such as First Amendment, federal workforce, medical safety, national security, judicial reform, etc. 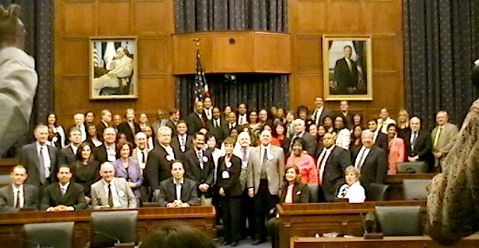